(*Note: When I mentioned the Wein Mini-Mate Ionic Personal Air Purifier in a previous post on travel, HERE is the link, I got lots of reader questions and interest in the device. Well, if you were curious and want to learn more, this post in for you!)

Is it possible to create a purified, personal air space around you, like your own personal allergy-free bubble, that goes with you everywhere you go, even on planes? A space where you aren’t bothered by mold and toxins, even in water-damaged, high-mold environments? Well, in my experience, if you have a Wein Mini-Mate Ionic Personal Air Purifier, it is. This small, but mighty device came to my attention about a year ago—another Dr. Dennis recommendation.  My husband was resuming his brutal travel schedule for work, and I wanted to help him control his allergen exposure outside of our home. Air travel is particularly hard on him. (FACT: Due to the high number of people confined to such a small space, airplanes tend to have higher concentrated levels of airborne bacteria, viruses and allergens, like pet dander and dead skin cells. In addition, most aircraft recycle around half of the air circulating inside the cabin, while the other half is drawn in directly through the engines, many times without passing through a filter. – Source: ABCNews.com.) He always suffered sinus symptoms and low-grade fevers post flight. Granted, his body’s ability to handle any kind of air contaminants was significantly lower after his immune system had endured the mold hit of living in a toxic environment, but at this point, he was well enough to get back to his normal work routine. The EC3 Air Purification Candles are great to pack and work wonderfully to purify the air in a hotel room, but you can’t light a candle on a plane, so the Wein Mini-Mate really seemed to do to be the only option. The first time he wore one in the airport and on his flight, he immediately felt a difference in the way he felt post-flight, and returned home with no sinus symptoms and no subsequent fever. Hooray!

It is one thing for me to tell you that the Wein Mini-Mate worked for us, but another thing entirely for me to prove that they work right? Well, the proof that the device works is really in the pudding or on the mold test plates in this case. You see, Dr. Dennis has been recommending these personal air purifiers to his patients since 2003. That same year, Dr. Dennis put the product to the test and actually published a paper citing his findings that the Wein purifiers proved to be 800% better in reducing mold colonies in a person’s immediate breathing space, than what is required for optimum sinus health. In other words, if you have mold-related sinusitis and wear one of these personal air purifiers in a less-than-optimal indoor environment, your chances of getting sick from mold are lessened by 800%.

How did they test the device to figure this out? I asked Dr. Dennis to explain it to me in layman’s terms. Here is what he said and the pictures he provided from the published paper and lab experiment to accompany his explanation:

“First of all, we performed the test in a laboratory environment. The test room was a moldy room with mold counts that were tested as Too Numerous to Count (TNTC). Then, we introduced a manikin to the room with a tube in its nose. A jar with a mold plate in the bottom of it was then added to the experiment to see just how effectively the Wein Mini Mate could filter the contaminated air. To do this, the jar had 2 tubes, one going from the manikin to the jar, and the other going from the jar to a vacuum pump, which was sucking the air from the room through the tube in the manikin’s nose and dumping the air directly onto the mold plate in the bottom of the jar.  After the Wein was running for 1 hour in front of the manikin’s nose, filtering and purifying the contaminated air, the mold counts on the test plate in the bottom of the jar were at zero. After 2 hours, with the Wein running, the mold counts were still down to only 1 colony. The results were outstanding, to say the least.” The mold plates for the test room show the Too Numerous to Count (TNTC) mold colonies present before the Wein Mini-Mate is turned on. The plates, starting at the top left and progressing clockwise, show the mold counts in the test room one week prior, 2 days prior, 1 hour prior, and during the test. This provided a control from which the effectiveness of the Wein device could be measured. This photo shows the manikin head with the tube through its nose and the sealed jar with the two tubes running from the room to the mold test plates inside of it. Zero mold colonies appeared on the test plate inside of the jar in one hour after the Wein device was turned on. One mold colony appeared on the test plate inside of the jar after the Wein device ran for 2 hours in the contaminated room.

So, how does this little device work?

According to the product website, the Wein 150 mm wearable air cleaner uses corona discharge to purify the air in your breathing area. Hmmm. How exactly does this happen? Presumably, it operates under the principle that indoor and outdoor air is differentiated by the amount of negative and positive ions they each contain. Outdoor air that is fresh and clean has a high concentration of negative ions, because oxygen molecules are plentiful and the air is constantly moving. On the other hand, indoor air, or highly polluted outdoor air is stale, or contains toxins and thus has less oxygen molecules, so most prevalent are positive ions. The Wein personal purifier operates by literally sucking in the positive ions, and regenerating negatively-charged, cleaner air.

To add to this explanation as to why this form of air purification works, a recent study by the U.S. Dept. of Agriculture found that ionizing a room led to 52% less dust in the air, and 95% less bacteria in the air (since many of the pollutants found in the air reside on floating dust particles). The U.S.D.A. also performed another study to test the effectiveness of negative ionization at removing airborne Salmonella Enteritidis. The negative ions drastically reduced the airborne salmonella particles.

This is all very complicated stuff—and with all of the air purification products on the market, you might need to know more. Right?

Since I love the product and really can tell a huge difference when I wear it, I decided to reach out to the company to get their take on one of their most popular products. I was so happy that Chris Weinberg, Vice President of Wein Products agreed to answer some of my questions. I hope you enjoy reading our brief interaction and that it helps to shed some light on this wonderful product.

Me: When did your company become interested in creating environmental products?

Me: Wow, comparatively, that’s early! The air purification “boom,” as they say, really seemed to get started in 2014. Was there life event or situation that sparked that interest in creating a product to help protect people from airborne pollutants?

Chris: Yes, I have asthma, and many airborne allergies.

Me: Can you explain how such a small, lightweight device works to purify the air so effectively?

Me: You have really blown most of the competition away with the Mini Mate. It seems to outperform all of the other, similar devices on the market. What things distinguish it from other, similar personal air purifiers? What led you to determine that ionization was the way to go for this device?

Chris: We are the originators of Personal Air Purification—and offer the only product with cleansing ion wind.

Me: I am also aware that the device is filterless. How is this possible? Don’t the pollutants need something to stick to?

Chris: No, because it pushes particles out of your breathing zone without collecting them.

Me: I realize that this is not a medical device, but it has given me and my family freedom to travel again, which is more than any pill or prescription medication had ever done for us. Thank you so much for that. Have your customers with an interest in mold protection increased? If so, what kind of feedback do you get from your more mold-specific customers, like me?

(Note: This air ionizer removes particles as small as .01 Microns. The VI-2500 emits no detectable ozone, so don’t expect the ozone smell that ozone generators create. It is a true high-density negative air ionizer.)

Me: Do you use the personal purification device?

Chris: I use it constantly.

Me: Is there anywhere you use it that has been especially beneficial that may not be a place that everyone thinks of, in terms of the need to filter their airspace?

Chris: Any occupied spaces, like theaters, church, classrooms, etc. Also, during air, land and sea travel. Those are the big ones. As you can see, when you wear the device, it is pretty non-imposing and hangs without too much heaviness or pulling from the neck strap. I never feel like I stick out or attract too much curious attention when I wear mine.

Well, that’s all for today. As always, if I mention a product or service in any of my posts, and you would like to know more, or to go deeper on why I recommend it, or what my experience was, please reach out to me or comment on the post. I am happy to share any and all information.

Taking Mold Off Of The Table: A New Approach to Assessing Environmental Illness

Reader Q & A: How Do I Remove “Musty” Smells From My Laundry?

A Candid Chat With a Professional Mold Inspector

We can’t get the mini ionizer delivered in California. Is there another one you can recommend that we can wear.

The Wein Mini Mates sold on Amazon will ship to CA, I think. Also, the Sharper Image sells a personal air purifier that is also good. Go to their website and search for wearable air purifiers. 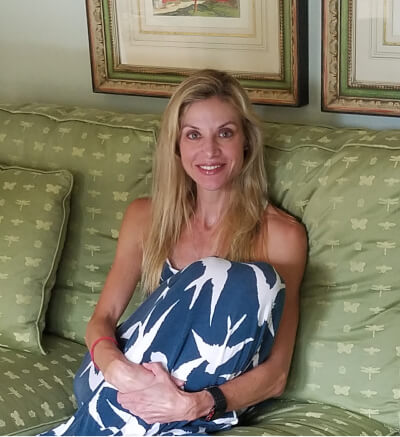 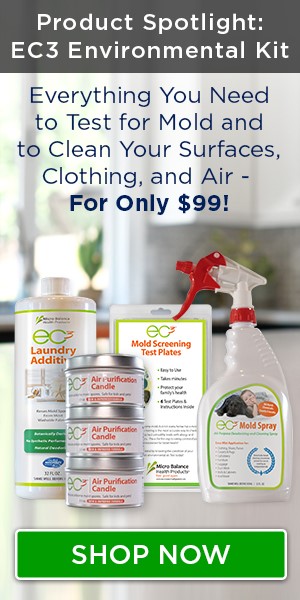 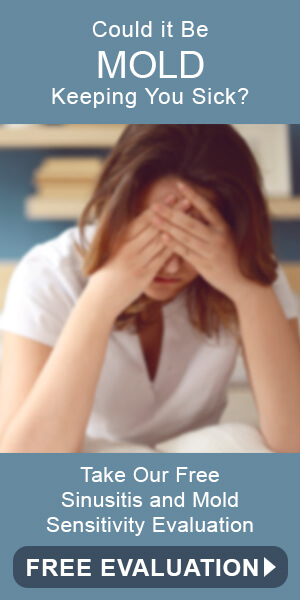 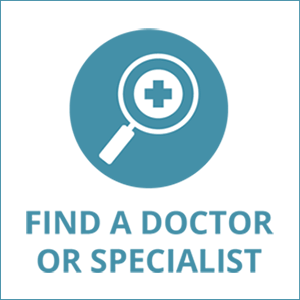